It has been a while since my last post. Changing jobs pointed me in a different direction for a while but as George and Frank Constanza would say. "I'm back baby!" 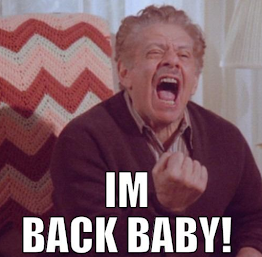 I recently had to look into windows memory capture to do some offline analysis of running processes.

My normal 'goto' tool for taking a forensic image and memory capture is usually FTK Imager. It is pretty robust and ninja proof.

You can copy the install directory to an external USB and it will run nicely as a portable version. When we run this it obviously loads into memory which be present when we capture the system memory.

While there has been numerous blogs on some of the available tools I was mainly interested on the footprint and speed. If the tool was loaded into memory the risk is that some of the data of interest may be popped out.

After some quick browsing it seems the current options are (in no order of preference):

The next step was to see if my google fu was able to find the memory capture applications as some of these have dropped on and off  hosting sites.

Used for forensic imaging and live viewing of disks but can also do memory capture.
Has the option to capture pagefile.sys at same time which is nice.
It does require you to install it first (not on your target machine) then copy the install directory to a USB for portable use.
Time: 2m:37s
Memory: 11.6MB 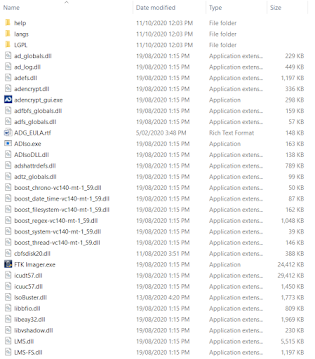 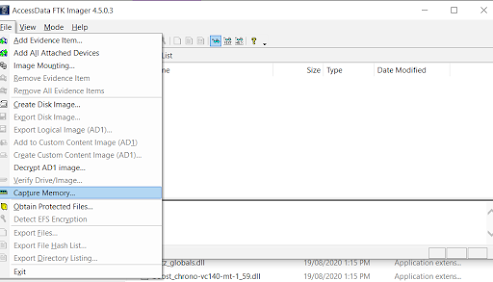 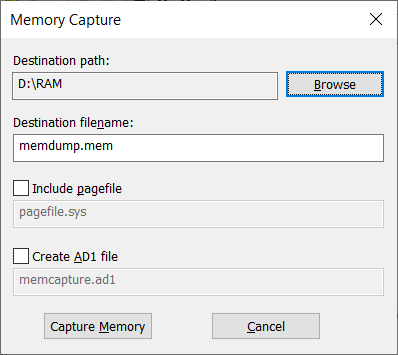 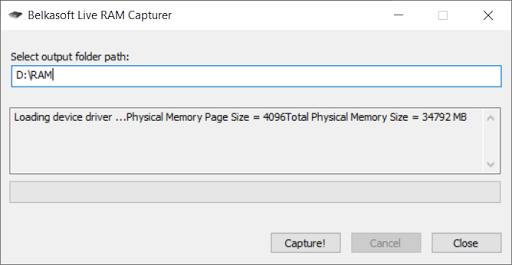 Has the option to segment but otherwise pretty straightforward.
Time: 4m:01s
Memory: 6.8MB

While this is a powerful tool it is more granular than required and probably better for live analysis as it allows you to inspect individual processes and dump the memory used by them but not a total memory dump.

I couldn't get this to work successfully. 😢

This downloads as an msi for installing but it can be run from an USB without installing by using a command line option to install it onto a USB.
msiexec /a E:\Download\\MemoryzeSetup3.0.msi /qb TARGETDIR=E:\Memory_Acquisition\Mandiant_memoryze
It doesn't appear to have support after Win 7 so the testing of this one on hold.

This requires a $1 to try it registration but looking and the 1 year cost of  $7,699 for a single year decided not to pursue this.

This app disappeared for a while and I was very keen to test it. A new version came back via the author Matt Suiche at https://my.comae.com but even though I created an account I could never login ?? and got a Failed to Fetch error when logging in. If anyone has tested a newer version let me know.
I did find an older version that ran fine. https://github.com/thimbleweed/All-In-USB/blob/master/utilities/DumpIt/DumpIt.exe
It does a capture in place so if you run it from an external USB make sure it is big enough for the capture as it doesn't allow you to select a destination location.
Time: 2m:34s
Memory: 7.1MB

So the major features I was looking for were a small footprint, easy to use and speed. The table below shows a summary of the four tools that met our needs.

For speed, Belkasoft is slightly faster on my DELL laptop but it will depend on the system you are running it on.
Magnet RAM has the smallest footprint at 6.8MB.
FTK Imager is also fast, with slightly larger footprint but it has more than just RAM capture functionality. It can also forensically acquire hard drives so if I wanted to also do a forensic disk image or forensically copy files it maybe easier to use this than changing programs.
But, if I had to just do a memory capture Belkasoft or Magnet RAM might be a good choices.
DumpIt may be a nice choice if I just wanted a simple double click and it stores it in the same directory.
Now to analyse the memory captures.... that may be for another post.
Until the next post TheHexNinja says:
Memory Capture
Easy When You Know Your Tools
Now To Analyse

1. Tool URLs
The following article describe some of the methods the memory applications use to obtain the dump in kernel mode: ZwOpenSection with ZwMapViewOfSection, MmMapIoSpace
and MmMapMemoryDumpMdl
https://commons.erau.edu/cgi/viewcontent.cgi?referer=&httpsredir=1&article=1291&context=adfsl

The Hex Ninja likes to know all about files and filesystems. He has found he only understands, not when he reads or sees, but only when he does.
So armed with a Shinobi Shozuku and and a trusty hex editor he set off into the world to learn and teach digital forensics.
He especially likes image, audio and video data recovery from mobile devices and CCTVs.
robert (at) thehexninja.com
Twitter: @thehexninja

Blogs I try to read